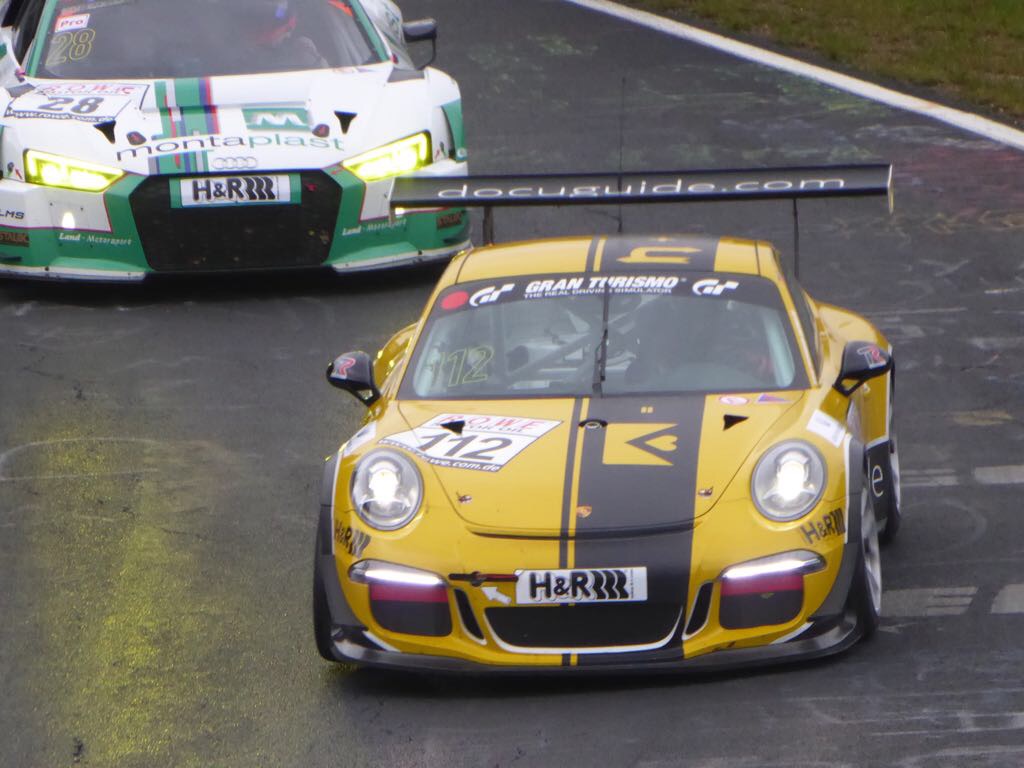 “Green Hell” Jackie Stuart once said! Well, I can honestly say I am not sure I can agree with him after completing my first ever Nurburg ring race with RoadRunner! Maybe after completing several races at the “Ring” I may change my mind?!

I was introduced to Roadrunner racing Germany by a racing friend of mine in the UK, he knew somebody else who knew the team and put me in contact with them, small world I hear you thinking, and yes it is, especially in the racing fraternity! But without this type of networking through friends how would you ever find these types of opportunities? So, after contacting Udo (several times) from Roadrunner racing the scene was set for my first race at the “Green Hell”!!

My task ahead of me was one of excitement, apprehension, and intrigue, I could not wait :-)) I arrived at the Reid hotel very close to the race track on Thursday night before the race at around 2330hrs, after a boat like journey from Frankfurt airport!! Whilst downing a very large well-earned beer at the hotel bar, I met am Irish chap that worked for Dunlop tyres as the chief motorsport tyre designer! Amazing whom you meet at these events dotted around, I suppose they have to be somewhere!!?? Anyway, after several beers and hot air expelled we decided to call it a night and meet up sometime the next day at the track.

I arrived at the track the next day quite excited and amazed how many race cars and people were crammed in the inner paddock area and garages, it was very German like, organised chaos!! After finding the team and trying to talk to them in English and my pigeon German I managed to waggle my way to the boss, who was testing on the old racetrack in the Clio! Lucky bugger .-)

This day was more of a PR day, so the testing I should have had never happened! I ended up being a taxi driver for two laps late in the afternoon! Having never driven the gp circuit, and the clio the task that lay ahead of me with paying guests was interesting to say the least!! I needed a SATNAV to find my way! But the guests seem to enjoy their magic mystery tour :-))

Very early Saturday morning we arrived at the track for drivers briefing, I had never seen so many people at one of these before 180+ people, but in typical German organisation leaving the room and obtaining your wrist band was effortless! I forgot to mention, they had plasma display screens explaining what the steward was saying in English! Phew…… and for the parts I did not understand/translate very well, Annett from Roadrunner was very kind and helpful making me understand, I think!!

My team m8 Volker and I had decided that I should start the race, gulp, 180 cars rolling start, never raced there before, still I like a challenge! Volker drove the car to the grid, as I still had not got my helmet back from the audio shop, a bit of last minute.com in helmet radio system installation! Got it back just in the nick of time, fumbling around on the grid putting things on, getting strapped in and relax, 1min to go and we were off on our warm up lap, 15mile warm up lap, it was more like a race at parts!! Got up the chuff of the car in front of me out of the last corner and nailed quite a few cars down the inside at the first corner, not sure where I was, but man this was “living the dream” as my friends keep telling me (hehe) more like dreaming that I would get round living hehehehehe!!!!!

After a few laps I had a misfire at 6500rpm!! I came into the pits to have it checked out “last minute radio system not working of course!!” car all ok, out I went, within one lap misfire had vanished as soon as it came! very strange, probably Jurgan had some trick remote engine management system to make me go slower, only kidding Jurgan .-)) After leaving the pits we were down from 9th position to 22nd position out of 25 in class, oopps, not knowing this at the time, I focused on using this race as a test session “2hr non stop test session in 30c+ in-car temp, nice” after settling in and slowly getting faster and faster I was overtaking many cars and battling my way through some of the field, which so much fun I can not convey how big a smile I had under that helmet of mine, by the end of my session I got my time down to 10m26secs, not bad as I had never driven the gp circuit, raced at the ring, drive the clio, only 25laps ever on the “Green Hell” on public days, and no testing (Have I mentioned this before! .-)

My team m8 Volker took over, we were in 15th place at that point, Volker had a trouble free 2hr stint and brought us home in 11th position… We did not talk much before the race as Volker kind of arrived and very stealth like managed to be invisible until it was time to race. I am very happy I met Volker, and we had a good chin wag after the race, we both had smiles the size of the moon :-)) I am very much looking forward to meeting him again at the next VLN meeting…

I would say Roadrunner racing are one of the best teams I have ever raced with, not too professional, but just about right! They also have a crazy French man working for them, François, very nice funny chap who’s Anglais was great :-)) Infact all the team members were great to have around you, I felt at home even though I could not communicate as much as I would have liked to.